From Wu-Tang to Odd Future: The Continuation of the Hip-Hop Collective.

From Grandmaster Flash and the Furious Five, to N.W.A., to The Native Tongues, to the Wu-Tang Clan and far beyond, collectives and groups have been woven into the DNA of Hip-Hop since the genre’s inception. Some of the all-time greatest albums, songs, and stories are borne out of collectives. Legendary things can and often do happen when artists and/or groups join forces. 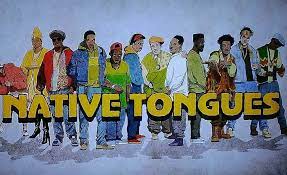 In today’s game, the idea of the collective has changed dramatically. More and more artists are going solo for a number of reasons, though Hip-Hop culture is still very much centered around community. The past ten years have given us some great collectives. Odd Future and Asap Mob for instance. Though, we’ll likely never see another group of artists like the Wu-Tang Clan for example.

As technology progresses, it becomes easier and easier for MC’s and producers to collaborate without actually having to be in the same room. This idea of remote collaboration has almost become the norm in the past year, as the pandemic made it extremely difficult for people to travel and get together. Going forward, there is no doubt that remote collaborations will continue to happen more often, as artists become more comfortable creating in that way. Though this will make for more partnerships and frequent collaborations between certain artists, as individuals have more freedom to create wherever they want. On the flip side, there will be less opportunity to form tight collectives and groups.

Additionally, we have gotten to a point where virtually anyone can publish their music online in an effort to get discovered and jumpstart their career. Long gone are the days when aspiring MC’s and producers had to pass around tapes and pray they got into the hands of a record exec or radio DJ. This move to an increase in independently released records has meant, yet again, that there is more individuality in the game. That being said, however, there is still room for collectives, which are becoming more indie and left-of-center. 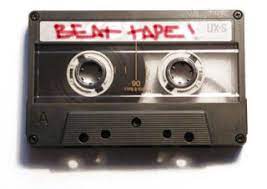 The Los Angeles-based Hip-Hop collective, Odd Future is a perfect example of this. Spearheaded by Tyler, The Creator and featuring rappers, singers, and groups such as Earl Sweatshirt, Frank Ocean, and The Internet, Odd Future has gained a massive cult following over the years. Often touted as “the weird kids of Hip-Hop,” Tyler and his Odd Future crew represent a community where kids from all walks of life are accepted for who they are. 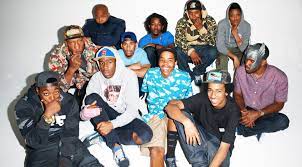 Odd Future is also a great example of how the Hip-Hop collective has evolved over the years. While music is undoubtedly the common denominator among the collective’s members, they are no strangers to crossing over into other mediums, such as film and television. In other words, while music is the main focus, it is not the only focus anymore, as it was with Wu-Tang and Native Tongues. What is appealing to so many about Odd Future is the lifestyle and the camaraderie amongst themselves, because it is so authentic. Music is simply a way for these artists to express themselves, but it is far from their only focus.

In an age where there is more genre-bending, more fusion between different art forms, and more disintermediation than ever before, it only makes sense for us to have arrived here.

1 thought on “Wu-Tang to Odd Future: The Hip-Hop Collective”