Hip-Hop fans around the world rejoice, for we have finally have some new Kung Fu Kenny! Well, not exactly, but a relatively new Kendrick Lamar track featuring Baby Keem has recently surfaced online, generating lots of buzz from fans while they patiently wait for his next project. 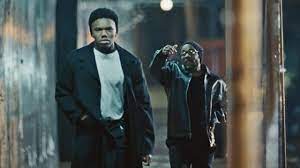 According to Genius, snippets of the track first appeared in late 2019, followed by the whole track in March of 2020. After being taken down, the track reappeared on Youtube early last week, but was again taken down after Interscope Records claimed copyright infringement. Since then, it has been reuploaded a number of times on SoundCloud and a shorter version of the track has been on Youtube for four days now, already amassing over seven thousand views.

Three years removed from his last LP, 2017’s DAMN., fans were expecting big things from Kendrick in 2020, as he was slated to headline a number of major music festivals around the globe. Unfortunately, all of his performances were cancelled due to the pandemic and the new album never came.

Kendrick did make waves early in 2020 however, when he launched a mysterious new “at-service company” called pgLang, in collaboration with his manager and former president of Top Dawg Entertainment, Dave Free. Though it is still unclear exactly what pgLang is, the company’s mission statement video featured artists such as Baby Keem, Jorja Smith, and music composed by Kamasi Washington, in addition to Kendrick.

Since the pgLang announcement, which came in March of last year, Kendrick hasn’t provided any updates, although a number of unofficial and unreleased tracks have made their way on to the internet. The latest of which seems to be one of the most promising yet, as the track sounds more polished than almost every other leak that came last year.

The track, which is aptly titled “Vent”, features an angry-sounding Kendrick and Baby Keem, rhyming over an abrasive, trap-influenced beat. Sonically, the track marks somewhat of a departure for Kendrick, but lyrically he sounds right at home. The track begins with a confrontational bar, “Have you ever been punched in your motherfuckin’ face? What you say? Oh, you haven’t? Alright, wait, bitch.”

Kendrick then hands the mic off to Baby Keem, before taking it back, repeating the rhyme that intro’d the track. From there, Kendrick delivers a verse that is heavily influenced by Keem’s flow, gliding over the beat with ease. Before delivering his last, and best verse of the track, Kendrick sings the hook, “Servin’ up a look, dancin’ in the drought “Hello” to the rain man, never losin’ count Ventin’ in the safe house, ventin’ in the safe house,” which is set to the tune of “The Itsy-Bitsy Spider.”

A polarizing track, “Vent” will undoubtedly generate lots of discussion among Kendrick fans. Many will say that the sound of this track proves that Kendrick is selling out, opting for a more trendy, trap-influenced instrumental, while others will praise him for taking his sound in a new direction. Wherever you stand in your assessment of the track, there is no denying that it proves Kendrick has not lost any of lyrical ability. This new album can not come soon enough.