Brockhampton has returned from their year long hiatus with a slapping new single and trippy accompanying visuals. The track, entitled “BUZZCUT”, sees the eccentric group spitting bars over a menacingly glitchy instrumental (produced by VIDEO STORE, Jabari Manwa and Queen Sixties). The soundscape that they create is reminiscent of their previous work on the project iridescence. The self proclaimed boy band is no stranger to experimental hip-hop. “BUZZCUT” goes to show how able and willing the boys are to take creative risks to push the genre forward. 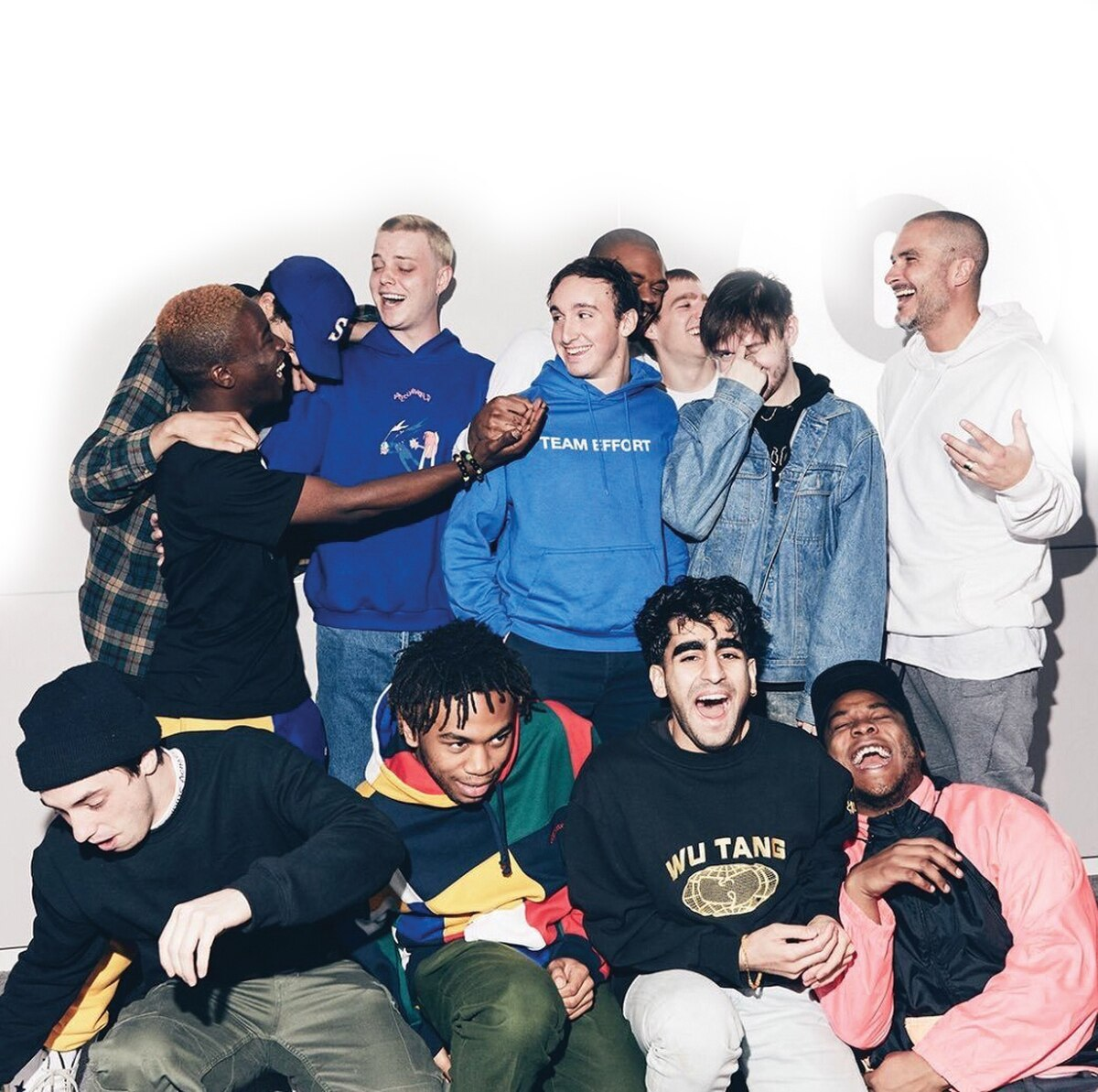 Founding member Kevin Abstract kicks off the track with an insightfully personal verse: “I love my mother, drove all the way to Cali’ just to check up on me/Made her go home, felt the virus/Web of life is my weave, false dreams stripped by silence/Deals thеy had us sign; for years, it had me blind”. Featured artist Danny Brown follows this up with a verse calling out all of the fakes: “Live from the gutter, blood like red paint spills/You niggas ain’t alpha, you’re incels/You normies ain’t a part of the script, doxx your house with crips/Pop shit, now you got content, constant”. The frantic energy of both of these verses blend together to create an unnerving atmosphere. They also bleed into the second half of the track seamlessly.

The second half of “BUZZCUT” features a juxtaposingly chaotic and angelic outro that works incredibly well. Joba’s beautiful falsetto matched with Merlyn Wood’s bellowing call to the gods is a match made in heaven. Additionally, the innovatively loose structure of the track makes for a compelling listen. There is a lot going on, but the group still stays focused enough to deliver a cohesively woven together track. The boys also dropped a visually haunting music video for the single. The visuals, directed by Dan Streit and Kevin Abstract, are reminiscent of the over the top campy music videos that filled the late 90s/early 00s–think Busta Rhymes’ “Gimme Some More” or Outkast’s “B.O.B. (Bombs Over Baghdad)”. There is a heavy use of greenscreens and distorting camera movements that disorient the viewer. Additionally, the color scheme is full of contrastingly sharp blues, yellows, purples, and oranges. The psychedelic feel of the video really shines through when the Brockhampton members (along with Danny Brown) are reimagined as eerily constructed 3D figures. The music video matches the track’s chaotic energy and makes for an enthralling experience. The Texas born and bred boy band give fans a taste of what’s to come on their upcoming project ROADRUNNER: NEW LIGHT, NEW MACHINE. This forthcoming album will be the group’s first release since 2019’s GINGER–a project that included hit singles like “SUGAR” and “NO HALO”. With new music on the horizon, fans of the genre defining collective can expect to be in for a real treat. In the meantime, check out the music video for Brockhampton’s hot new single “BUZZCUT” in the YouTube link below: