Kanye West’s classic 2011 Coachella performance has recently been uploaded to youtube in its entirety. Many fans will have likely seen parts of the set before, as unofficial cell phone recordings and snippets have been circulating around the internet for years. There is even a bootleg mixtape of the performance online for those who know where to look, but the recently uploaded video of the whole performance, from start to finish, will excite Kanye and Hip-Hop fans everywhere.

Kanye has always been a performer. Whether it be at his own shows, interviews, award shows, or virtually anywhere else, he is never afraid to express himself in ways only he knows how. His performances are known for their incredibly intricate set designs, from the floating stage at the Saint Pablo tour, to his performances with the Sunday Service Choir. His Coachella set is no exception, as Kanye makes full use of the relatively small stage at his disposal, bringing up guests, using complex light arrangements and even sharing the stage with ballet dancers for a beautiful rendition of “Runaway.” 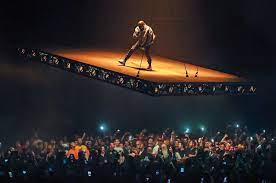 To fully understand the significance of Kanye’s 2011 Coachella performance, it’s important to understand the context around it. In 2011, Kanye was undoubtedly one of the most polarizing figures in American celebrity culture. After the incident at the 2009 VMAs, when he ran on stage and interrupted Taylor Swift during her acceptance speech, it seemed that Kanye had cemented himself as a problematic figure, one that was easy to hate. After the Taylor Swift incident Kanye retreated to a recording studio in Hawaii and tried his best to stay out of the spotlight for a number of months, while he began secretly recording his next album. The stakes were high for Kanye and everyone knew that his next project would prove to mark a pivotal point in his career. 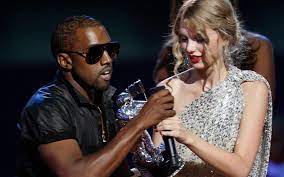 Luckily for Mr. West, that oh-so important album turned out to be 2010’s My Beautiful Dark Twisted Fantasy, often lauded as his magnum opus and one of the greatest albums of all time. Enlisting Hip-Hop legends, such as RZA, Madlib, and No I.D. to help him produce the record, while also including features from the likes of Raekwon, Rick Ross, and John Legend, West created a timeless piece of art that was almost unanimously praised as his greatest work upon its release.

That’s why when it came time for his closing set at Coachella the following year, fans were expecting nothing short of one of the greatest performances they were ever going to witness. And Kanye did not disappoint. Kicking the show off with a grand rendition of “Dark Fantasy,” Kanye brang the intensity and never let it waver for the rest of the show. 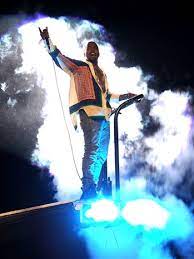 Though a video can not totally capture what it must have felt like to be in the crowd that night, the entire set is exhilarating and well worth watching, especially since both the video and audio quality are top tier. It is difficult to pick a best moment from the show, because Kanye entertains the whole way through. From the first bars of “Dark Fantasy” through to the emotional closer of “Hey Mama,” this is an absolute must-watch for any Kanye fan.