Mos Def: “Thieves in the Night”

Yasiin Bey, aka Mos Def is one of the all time greats behind the mic. When it comes to MCing, very few can match or even come close to the Brooklyn rapper’s level of sophistication and ability to switch up flows on a dime, while delivering some of the most memorable punchlines in the genre (see “Ass so fat that you could see it from the front” from “Ms. Fat Booty”). A true artist in every sense of the world, Bey recently unveiled his new project, Negus, a multimedia “audio and visual experience” that was shown at the Brooklyn Museum for a period of time earlier this year. In addition to Negus, Bey has been working on a follow-up to his classic 1998 collaboration album with Talib Kweli, Mos Def and Talib Kweli are Blackstar. The new album, which is tentatively being called Blackstar 2 is rumoured to be finished and a release appears to be imminent. 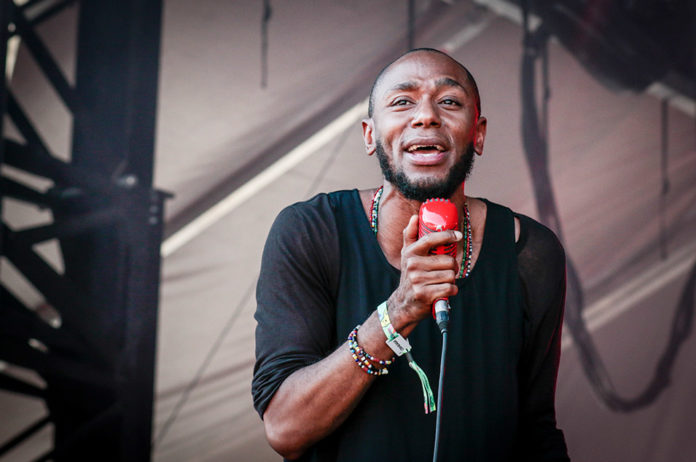 In honour of the latest news, we decided to pick a classic verse from Mighty Mos and break it down, with each writer giving their own interpretation of it. Though there were countless brilliant examples to choose from, we settled on Bey’s verse on “Thieves in the Night,” from the Blackstar album, one of the greatest and most densely referential verses to ever be penned down.

The first time I heard “Thieves in the Night” I really did not understand what I was listening to. There was so much to absorb and digest, that it became overwhelming and by the time the five minute-long track was over, I had to restart it and listen back. I did this probably five times before I was really able to grasp onto any of the game delivered by Kweli or Mos and it took me many more listens to fully appreciate the level of genius that I was hearing on this track.

On “Thieves in the Night” Mos lets loose. He comes in like a man, wise beyond his years, who has sat back and observed all the horrible injustices and problems going on in the world around him, digested them, and spit them back out for everyone else to see. Over the course of one verse, Mos addresses inauthenticity, problems in the military, materialism, the state of the prison system, gun control, the mistreatment of artists in the music business, and of course, the racism that fuels nearly every aspect of life in the United States. He does this all while seamlessly switching up his flow nearly every time he addresses a different issue, yet another level of brilliance shown in this verse.

Top to bottom, Mos Def’s “Thieves In The Night” verse is engaging. Many claim-to-be “Hip-Hop purists”, who shun the likes of Jay Z and The Notorius B.I.G, haven’t figured out their superpower, engagement. Mos Def displays his version of it here, switching flow patterns & vocal tones seemlessly, all while staying locked in on his target message. This combination, along with supreme lyricism is a sure-fire recipe for a classic, or at least high-level rap verse.

The verse itself explores the ills of the mind-state of those locked in cycle the ghetto creates. Mos is giving you a behind-the-veil walkthrough of the traps set before us. Our lyrical tour guide asks us to look to the right to see “Most cats in my area be loving the hysteria

America, land of opportunity, mirages and camouflages”. On the left, he points out “Long barrel automatics released in short bursts

The length of black life is treated with short worth

Get yours first, them other niggas secondary

That type of illing that be filling up the cemetery”.

These bars act as both a mirror and cautionary tale. The most disturbing part of some of the greatest rap verses in history, as with this one, is that is still applies today. Sometimes I wonder, are we furthering the message, or just capitalizing from the issue in out attempts to? Life could be oh so simple, if we lived the words we take heed to. Ase’

Mos Def’s verse on “Thieves in the Night” is the definition of a faultless, over a climaxing, yet ‘on the verge of chill’ type beat. The jazz-infused instrumental reminds us of an era where intellectual nourishment filled the climate in hip-hop. Where groups like ‘De La Soul’ spread the message with ‘no sweat’ flows, cooked easy over instrumentals where jazz and soul meet intact vocals. Talib Kweli and Mos Def meet the criteria with bar heavy, lengthy verses that extend your vocabulary.

Mos Def starts with illustrations that narrate the scene and continues with illusions, mirages, and camouflages. You know the making of America; a country built on slavery that has tricked the unfree into believing lies of privilege and self-rule. This feels sobering, although it comes through more philosophical than preachy. If anything, it’s about removing the veil. At the very least, knowing it exists. All of this while being in the pocket, because head nods and talks of revolt can exist overtly and simultaneously on any “Black Star” track. Yet as a duo once again Mos Def’s shines a little brighter than his counterpart, Kweli.

On Black Star’s “Thieves in the Night”, Mos Def delivers an absolute clinic on how to intelligently deliver social commentary in hip-hop. Every line and every metaphor sewed within his words carries an immense amount of meaning. Not a single syllable is wasted in this lyrical demonstration of excellence. His critiques of consumerism, capitalism, and society as a whole are incredibly well crafted for a twenty five year old. Mos Def’s maturity and breadth of critical thinking skills at such a young age is truly something to marvel at. An excerpt from his verse that exemplifies this sentiment is the following: “Buffoonishly accept the deception, believe the perception/Reflection rarely seen across the surface of the looking glass/Walking the street, wondering who they be looking past/Looking gassed with them imported designer shades on”.

The metaphor posited here that sees designer sunglasses as the looking glass of society is both genius and topically dense. Not only are designer shades a materialistic luxury that many people strive for, but they are also devices that purposely skew one’s perception. Sunglasses make the world around tinted to a certain color and tone. This wraps one’s surroundings in a false blanket of perceived color spectrum. Mos Def’s use of metaphor here highlights the faux nature of materialism in such a way that is straight to the point without being overly preachy. That is rare to see in a lot of hip-hop that can be categorized as socially conscious. I could go on for ages about how wonderful his verse is, it really is that good. Mos Def is truly one of the most slept on rappers of his day.

Editor’s Note: The title of this article is a bit misleading. The verse actually comes from “Thieves In The Night” via BlackStar‘s (Mos Def & Talib Kweli) debut album. We’ll be focusing on Mos Def, now Yasiin Bey‘s contribution to the late 90’s cut. Props to G-HOLY.com writer, Boshko, for bringing this gem back to light.