Hip-Hop producers Madlib and Kaytranada are joining forces with the online music publication, Pitchfork, for a two-part documentary series, entitled Driven By Sound. Pitchfork is also partnering with Lexus for the series, to promote the new Lexus IS Wax Edition, a custom car that includes a built-in turntable. The series will be centered around the two producers and how they use vinyl in their work.

As one of the most notorious and prolific crate diggers of his generation, Madlib is no stranger to the vinyl medium. He estimates that he owns around 4 tons of vinyl, which according to record collector Oliver Wang, equals out to roughly 16,000 records. Over the years the legendary producer has also been a big advocate for the medium, making sure that every single one of his albums is pressed and released on vinyl, no matter how limited the quantity. 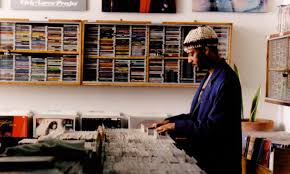 Hatian-born and Montreal-bred producer, Kaytranada, has been in the game for far less time than Madlib, but his influence and reach in today’s hip-hop world cannot be ignored. Becoming active on the scene in the early 2010’s, his career has taken off, thanks to his unique sound, and at just 28 years old, he has already worked with the likes of Anderson Paak., Robert Glasper, and Freddie Gibbs. 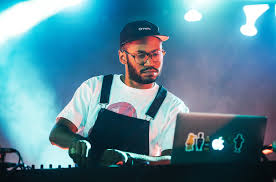 In the first episode of Driven By Sound, Madlib explains that the two producers first connected because they were fans of each other’s work, while Kaytranada shows his admiration for the Beat Konducta, saying that:

“Madlib is a legend.” 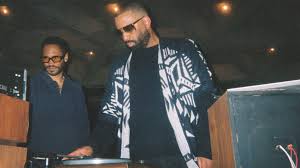 In addition to the short docu-series, the pair will collaborate on two singles that are set to be released exclusively on vinyl. Unfortunately for casual fans and non-vinyl enthusiasts, the single will only be made available to certain members of the record of the month club, Vinyl Me, Please, who will get the 7” record shipped to them sometime in April.

Watch the first episode of Driven By Sound here.