Mac Miller‘s fan favorite mixtape Faces is coming to streaming services soon. According to ID Labs, Mac’s team is currently in the process of clearing samples for the 24-track project. This re-release of Faces will mark Mac’s second mixtape to posthumously land on streaming services–the first of which being his classic tape K.I.D.S.. Since the 26 year old rapper’s untimely death in 2018, fans have been quick to revisit some of Mac’s classic mixtapes. 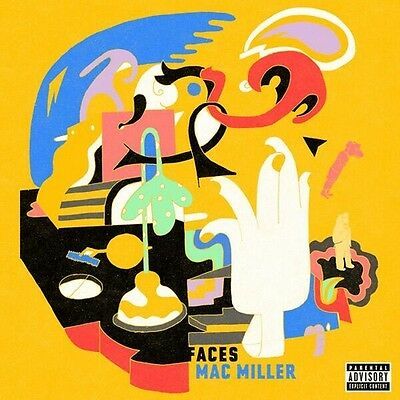 Some highlights off of Faces include the penultimate track “New Faces v2” and the last track “Grand Finale”. The former sees Mac displaying his gift for smooth rhyme schemes: “Right nostril hasn’t worked in a week/Plus the plug got work, like he servin’ for a sheik/Me, I’m swervin’ in a Jeep/Burnin’ weed, doin’ circles in the street (Skrrt,) yellin‘”. The track “Grande Finale” is an eerily haunting record in light of the young rapper’s death. The chorus sees Mac facing the prospect of death head on–four years before his actual passing: “Let us have a grand finale/The world will be just fine without me/The clown got a smile on his face/Slow it down, we goin’ out with a bang/Are you ready for the fireworks?/It was a silent night ’til the fireworks”. Mac Miller’s last release Circles debuted at number three last year on the US Billboard 200 and was met with widespread critical acclaim. The project served as one final offering from the late Pittsburgh native–giving his fans closure with 12 beautifully composed tracks. Mac Miller’s impressive discography stands for itself and Circles just served to solidify his legacy as a legend of the game. Be on the lookout for Faces to land on streaming platforms soon.

Check out Mac Miller’s 2014 mixtape Faces in the YouTube link below:

Leave your favorite Mac Miller track below, in the comments.