Freddie Gibbs and D Smoke have just announced a live stream show together this Thursday, March 11th. The duo will be performing live at The Wiltern Theater in Los Angeles, along with the Anderson Paak.-collaborating r&b group, The Free Nationals. The show, which is being put on by the distribution company, EMPIRE, and Amazon Music will be live-streamed for audiences on Amazon Music’s official Twitch channel, starting at 6pm eastern time.

The surprise show comes just days before the 2021 Grammys, which are being held without any in-person attendance for the first time ever. Both Gibbs and D Smoke are coming off huge years, having each dropped critically and commercially successful albums. Both artists are also nominated in the rap album of the year category at the Grammys, with the veteran Gibbs being recognized for his joint album with The Alchemist, Alfredo, while newcomer D Smoke received the nomination for his debut album, Black Habits. 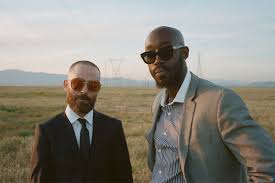 While there doesn’t seem to be a clear front-runner to win the rap album of the year award, fans surely won’t be surprised if the Grammy goes to Gibbs and The Alchemist. Widely regarded as one of the best lyricists in the game for the past couple years, many fans felt that Gibbs was snubbed when neither of his collaborative albums with Madlib, 2014’s Pinata and 2019’s Bandana received any Grammy nominations.

Originally hailing from Inglewood, CA, the multi-talented instrumentalist and rapper D Smoke first gained prominence after winning the Netflix talent show Rhythm and Flow. After being signed to Woodworks Records, he released his debut EP, 2019’s Inglewood High, followed by 2020’s Black Habits, which was distributed by EMPIRE Records. 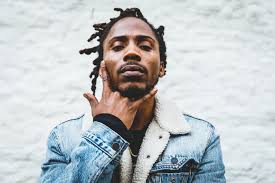 While it is unclear whether or not Gibbs and D Smoke will be performing together on Thursday night, there is no question that the event will be a must-watch for hip hop fans across the globe. In addition to a performance by The Free Nationals, EMPIRE made it clear on their official instagram page that the show will include surprise guests.

Find out more about the live-streamed concert here.