Veteran New York-based MC’s, Billy Woods and Elucid, are back with another project, entitled Haram. For this, the duo’s fifth LP under the name Armand Hammer, Woods and Elucid teamed up with the ever-prolific producer known as The Alchemist. Al handled production on all fourteen tracks. 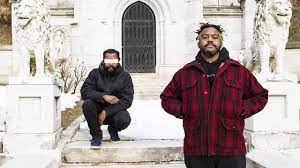 Upon first listen, Haram flows incredibly well; A very tight and cohesive project. There is very little if any filler on this record, and neither MC ever runs out of things to say. As for the album’s production, The Alchemist provides sparse, yet memorable instrumentals that perfectly fit Woods and Elucid’s style. As one of the most sought-after producers in the game, The Alchemist has teamed up with everyone from Prodigy to Conway The Machine to Freddie Gibbs just last year. On Haram, The Alchemist proves that he is also one of the most versatile producers in the game. He appears just as comfortable providing more experimental sounds for Armand Hammer, as he does working with artists like The Migos and Freddie.

On “Indian Summer,” an early standout, Woods shows off his storytelling ability over a mysterious-sounding, flute-driven instrumental. Spitting lines like “I swore vengeance in the seventh grade/Not on one man, the whole human race/I’m almost done, God be praised/I’m almost done, e’ry debt gets paid/I used to cut grass and smile like I meant it/We squatted in the shade when the mowers overheated/Came home stinkin’ of gas in the evening/It wasn’t any one thing, it was the sequence,” Woods paints a vivid picture of his life and frustrations as a teenager, before taking a darker turn while tying in biblical references later on in the verse.

Another standout track, “Falling out the Sky” features a dope opening verse from the ever-elusive Earl Sweatshirt. On it, the Odd Future member rhymes about his father and “the black sky full of supernovas,” before closing the verse with a reference to the late Kobe Bryant, spitting: “Five on me like I’m Bob Horry for the tribe, slime/Mamba mentality, stars falling out of the sky, Sly.” The track also features one of the album’s best instrumentals. The Alchemist provides a laid-back, reggae influenced groove while sampling excerpts from Little Richard and David Lynch that serve as interludes between verses. 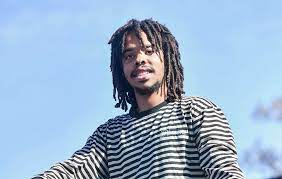 Haram is an extremely rewarding listen, both sonically and lyrically, but the album would feel incomplete without a good closer. Thankfully, Woods, Elucid, and The Alchemist saved the best for last, delivering a fantastic final track with “Stonlefruit.” Over a dense instrumental that brings to mind the feeling of melancholy, Elucid half-sings, half speaks the hook, “I don’t wanna lose control/But I can’t cramp my space to grow/Comfort’s dull but gets us through/I got so much left to undo,” before delivering one of his finest verses on the entire album.

Overall, Haram is an extremely well-constructed record that will leave listeners feeling thoroughly satisfied. From the unique instrumentals to the interpretive lyrics, Haram is an album that demands multiple listens in order to be fully absorbed and decoded. One of the strongest Hip-Hop projects of 2021 so far, the new Armand Hammer and Alchemist LP is a must listen.