Swizz & Timbo have outdone themselves. Originally touted as an “old head fest“, the spectacular performance The LOX put on reminded the world of what MC’ing is! Sheek Louch and Styles P were impressive, while Jadakiss lead his team to victory in a not so close win. Top 5 Dead or Alive. Below is a review video breaking down “5 Ways DipSet Could’ve Beaten The LOX”.

Hell froze over and is now hosting the Winter Olympic Games: That’s what it felt like hearing the news that Mr Jermaine Cole would be dropping a full-length LP. Surprisingly, The Off-Saeson released on schedule, also generally positive reception. Cole has since went back into his cave, but at least he left us with an updated discog.

This was more of a gradual process than a moment. Tory has silently hit career peaks in musicality and creativity, while staying as consistent as ever. He’s reopened some “industry” relationships, most notably DaBaby. He’s announced a new NFT album titled “When Its Dark“, dropping August 10th. Doesn’t look like he’ll stop. [Sidebar: Below is a new video dissing Cassidy, after Cass dissed Tory for allegedly stealing bars.] 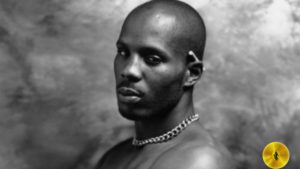 Shock G, Black Rob, DMX, Biz Markie, Prince Markie Dee… Who could’ve predicted we’d lose such a prominent group of stars in Hip-Hop. They were all mascots for the individual demo’s they represent. Their Hip-Hop family tree goes from Big Daddy Kane to 2Pac; From Swizz Beats to G Dep. These guys will TRULY be missed.

We’ve written on this site about Hip-Hop’s on again off again relationship with The Grammy’s. One of our longtime heroes stood out as non-winner. Nasir Jones, in March of 2021 received his FIRST Grammy for his 13th album, King’s Disease. Under 6 months later, King’s Disease 2 is here and it sounds quite possibly better than the first! The OG’s are still proving their worth, also Esco and Hit-Boy are scary together!

There has been a problem with your Instagram Feed.