Construction on The Universal Hip Hop Museum, which is located in the Bronx, New York, is finally underway after years of planning and talks about the museum being in the works. What originally started as a small pop-up exhibit, showcasing the history and influence of Hip-Hop as an art form, has blossomed into a whole museum dedicated to the music. 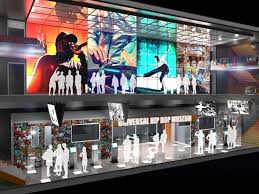 Construction was originally supposed to begin last summer, but was delayed because of the pandemic. The museum’s founder, Rocky Bucano, who grew up listening to hip hop and DJ-ing in the Bronx, has been working to make his dream a reality for over a decade now, and he expressed why this project is so important for the culture in a recent tweet.

“The Universal Hip Hop Museum represents the totality of Hip Hop history and culture. The only cultural institution solely dedicated to the preservation and celebration of a youth culture that has been embraced throughout the world.”

Set to open inside a building development on the corner of 139th street in the Bronx, the museum will feature exhibitions and displays honoring all aspects of hip hop culture, including DJ-ing, breakdancing, graffiti, and of course the music itself.

The fact that the museum will be located in the Bronx is much more significant than casual fans might think, due to the fact that the genre was born in a Bronx party in 1973. In addition to the location, Bucano is honoring the roots of hip hop by making legendary MC and Bronx-native, Kurtis Blow, one of the executive directors of the museum. Another legend in the hip hop industry, Carmen Ashhurst, who was the first woman to be president of Def Jam Recordings, will join Blow as a co-executive director once the museum opens. 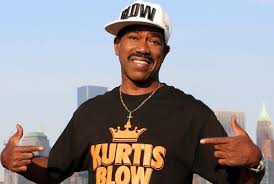 As of now, the museum is planning for a grand opening sometime in the year 2023, in celebration of hip hop’s fiftieth birthday, and if it lives up to the hype, it will surely be a must-visit for hip hop fans around the globe.

Check Out A Sneak Peak of The Museum Below: