Lupe Fiasco Getting In On New NFT Craze

NFT’s, the relatively new form of cryptocurrency that is becoming more and more popular everyday, seems to have made its way into Hip-Hop with the announcement that the veteran Chicago rapper, Lupe Fiasco will be launching five NFT’s in an upcoming live stream. To celebrate the fifteen year anniversary of his debut album, Food and Liquor, Lupe will be performing the entire LP on a live stream, via futurestream.tv. Tickets to the April 15th live stream are 15$ each, but many fans will be more interested in the much more expensive NFT drop that will be included in the stream. 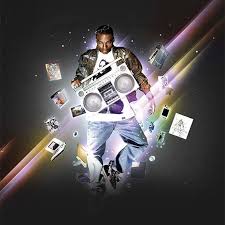 So, what exactly is an NFT and what does Lupe Fiasco have to do with it?

NFT stands for Non-Fungible Token, which essentially means a token, or a form of currency that is not exchangeable. Most often used in the online marketplace to purchase virtual art pieces, NFT’s, which first began in 2012, have recently gained a huge amount of popularity and found their way into mainstream culture. This past February, the original Nyan-Cat artwork, which is well-known as one of the most popular memes of the 2010s, sold as an NFT for close to 600,000$. Now if you are wondering how something like that could be sold when it is all over the internet, you have an extremely valid point. Basically, the NFT of the original meme serves as a digital certificate of verification. Though countless copies of the meme are floating around the internet at any given time, whoever purchased the NFT owns the original version. It’s like owning an original Picasso as opposed to a print.

As for how Lupe fits into the NFT game, though it is a relatively new phenomenon, the rapper is by no means the first musical artist to have an NFT drop. Artists such as Tory Lanez, Shawn Mendes, and Steve Aoki have all released content as NFTs. According to Rolling Stone, Lanez, who created 450 NFTs, which featured brand new singles, as well as a chance to meet the artist, sold over 500,000$ worth in the first 24 hours that the NFTs were on the marketplace.

For his own NFT drop, Lupe Fiasco collaborated with the digital marketplace, Origin. Together, Lupe and Origin created five NFTs, which range in price from 215$ to 2,015$. It is also important to note that, unlike Lanez’ NFT drop for example, Lupe’s are open edition, which means that there is no limit to the quantity of NFTs being produced. Anybody who wants to purchase one will be able to if they are willing to put the money up. As for what is included in each NFT, it is still relatively unclear, but according to musically.com, fans who purchase the NFTs will “get access to an online meet’n’greet after the concert, with the promise of “exclusive access to limited edition physical merchandise and premium digital content” – the latter including AR Instagram and Snapchat filters.” So far, a total of 112 fans have purchased one of the five NFTs available, which, all together, have grossed just over 65,000$.

Due to the relatively sudden rise in popularity of NFTs, whether it be in visual art, sports memorabilia, or music, many experts are being cautious about how long the NFT craze will last and how long these tokens will be valuable. One thing is for certain though, artists getting in on the trend right now are making bank.