Chance the Rapper is back with a new single, entitled “The Heart & The Tongue” that some fans are saying may be a signal of his return to form. The Chicago native began his career in the early 2010’s, writing, producing, and recording his debut mixtape, 10Day, while he was on a ten day long suspension from school.

After 10Day, Chance released 2015’s Acid Rap, which was extremely well-received by critics and fans alike. 2016 proved to be a huge year for Chance, as he made huge waves with his verse on Kanye West’s “Ultralight Beam,” which was frequently called one of the best songs of the year. Chance followed that up with his third EP, Coloring Book, which made history when it became the first streaming-only album to win a grammy. 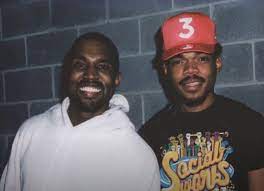 Everything was looking up for Chance and it seemed as if he was on top of the hip-hop industry, ready to take over the game. Then came his official debut LP, The Big Day.

The Big Day marked a departure for Chance from his earlier work, both sonically and lyrically. While the album, which focuses mainly on his marriage and family, wasn’t poorly received by most critics, many fans were disappointed, believing that the album didn’t live up to the hype that had been generated by the quality of his earlier output.  Notorious music critic, Anthony Fantano, even went as far as to give the album a 0/10 in his review. 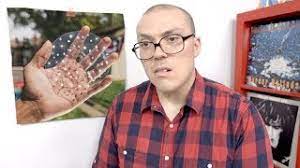 In the almost two years since The Big Day, Chance has remained relatively quiet, mostly staying out of the intense spotlight that is the hip hop industry. His fandom had waned and it seemed that his best years were behind him.

Fast forward to Friday, March 5, when Chance dropped a surprise single, “The Heart & The Tongue.” The song brings to mind Chance’s old music, as it features many of the gospel influences that made his sound so unique and appealing when he was first coming up.

With lines like “You can’t just jump the gun and pick a side and jump inside it, Remember, Pontius Pilate hung a God and justified it” it seems as if Chance is sending subliminal messages to those who assumed his best days were over, telling them that he is back and here to stay.

Watch the official video for the new single below: