Legendary rapper and one half of the mighty Outkast, Andre 3000, has just dropped new merch on his website, featuring one of his “3 Ant” original design. Andre released a statement on his instagram page earlier this week, explaining that he needed to use his design, which is a drawing of an ant reading a book, in the marketplace or else he would lose the copyright for it. He explained the situation further on his official website.

“I have this trademark thing that I need to solve for. According to the trademark people, in order to retain control of your trademarks, you have to actively use them. The trademark office also have deadlines and lots of rules to defend your IP (intellectual property). So here are a few things that I hope you and the good people at the trademark office will enjoy. – 3”

Notoriously reclusive, Andre has taken a step back from the spotlight ever since Outkast officially disbanded in 2006. Though he has never released a solo album, the Atlanta native has contributed verses to countless projects over the years, most recently featuring on Goodie Mob’s “No Cigar” from the Atlanta outfit’s 2020 album, Survival Kit.

Andre also stays relatively active on his website and social media, providing fans with updates about his projects, whether they be musical or not, from time to time. In June of 2020, after months of protests and reckoning over racial injustices and police brutality, sparked by the murder of George Floyd, Andre showed his support for the Black Lives Matter movement by releasing a new line of shirts and donating all the proceeds to The Movement for Black Lives. 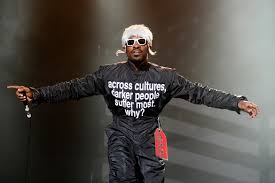 The shirts, which were only available for a limited time, were inspired by jumpsuits that Andre wore onstage during Outkast’s 2014 reunion tour and featured thought-provoking phrases printed on a solid black background. 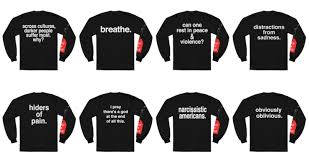 Though Andre is not raising money for charity with his new line of merch, which includes sweatshirts, t-shirts, and posters, all featuring the same hand-drawn design, all of the products are made of 100% recycled garments and are produced ethically in Los Angeles, California.

Check out Andre’s drawing and his new merchandise here.