Facebook’s New Production Experiment team has just released a closed beta of a new app called BARS, which is already drawing comparisons to the viral video-sharing app, Tik Tok. Users on the app will have access to professionally made beats and be able to record themselves rhyming over them. The app, which has been in production for close to a year, will also include many different features, making it accessible to hip hop fans and aspiring rappers at all different levels of skill. 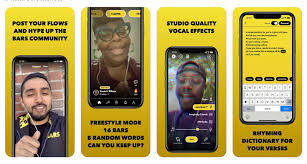 Once in the app, users will have the option to choose whether they are closer to beginners, intermediate, or advanced rappers. Each level of difficulty comes with different features to make the experience as inclusive and enjoyable as possible for people at all different levels. Beginners will have access to a feature that suggests possible rhyming words while they write out their verses, while advanced users will have a feature called “freestyle mode”, which generates eight random words that the user has to work into a sixteen-bar freestyle.

In addition to simulating a studio experience by providing aspiring rappers with access to professionally made beats and various vocal effects, BARS also hopes to create a community of young and hungry rappers who are eager to make a name for themselves in the industry.

However unique BARS may seem to be, its comparisons to Tik Tok cannot be ignored and it seems as if Facebook is attempting to create a direct competitor, albeit much more specialized than the viral video sharing app. Each video can only be a maximum of sixty seconds in length and early promos suggest that the BARS feed will look very similar to Tik Tok’s. One difference from Tik Tok however, is that instead of likes, users will be able to mark videos as “fire”, which will help creators gain notoriety in the app.

While not every Hip-Hop head will be a fan of an app like BARS, it does seem to have some promising qualities and potential to help young rappers make a name for themselves.